A client came to us using our paid phone consultation. He wanted to apply for a partnership-based resident visa, but his wife was married before and sponsored by another NZ resident.

There has been some separation period for them too. Hence, many factors would concern the case officer.

After interviews and several expected PPIs, with the guidance of Simon, the client became prepared and provided substantial evidence to support their relationship. Finally, we got the desired result that his resident visa was approved.

Note: He and Simon never met in person; however, using our advanced IT system, we had no issue working on his case for the last two years, bringing this outstanding outcome for him. 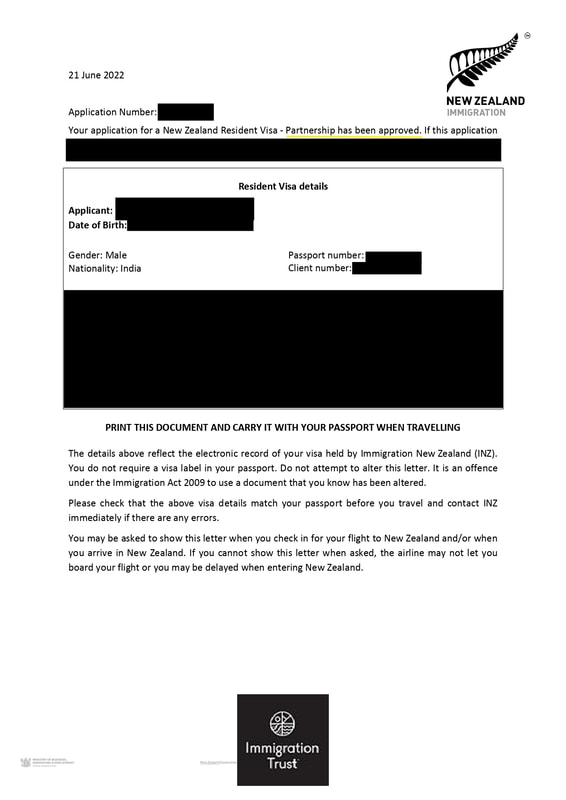 ​How you prepare documents and approach to the requests by your case officer will make a huge difference.  We have been quite successful in many partnership-based Visa Applications. Before you decide to engage with us for your case, please test whether your case would succeed via our service below.
Check More Cases