A client who has been unlawful for many years tried several attempts to be lawful again but failed. As a last resort, he came to us using our paid consultation service with Simon, our CEO.

After the consultation, the client was advised not to apply Section 61 again. Instead, he was advised to go for a ministerial intervention, which means asking the associate minister of immigration to intervene in the matter and offer a solution to his case.

Simon and he worked together for a few months to prepare the submission to the associate minister of immigration. Finally, the request was successful and he has been offered a 6 month Partnership based work visa. With this visa, he can apply for his next Partnership based work and resident visa which is such a relief for our client.

The client and Simon never met face to face but they were able to achieve this favorable result by working together as a team. 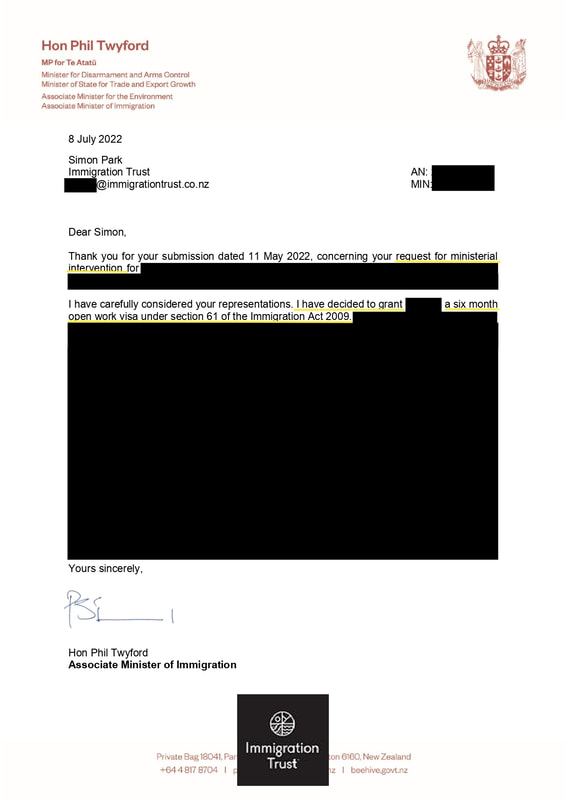 Read his review for us 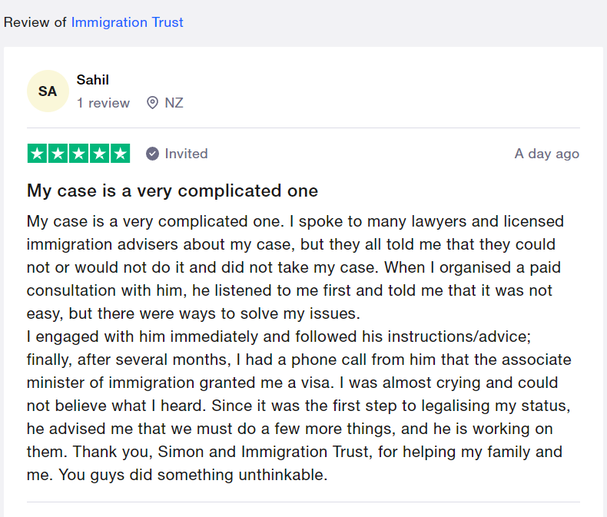 Assessment & Consultation
Are you looking for anything in particular?