A client came to be after being challenged by her case officer. Immigration Trust worked with her to get an extension first then managed to secure three years work visa. 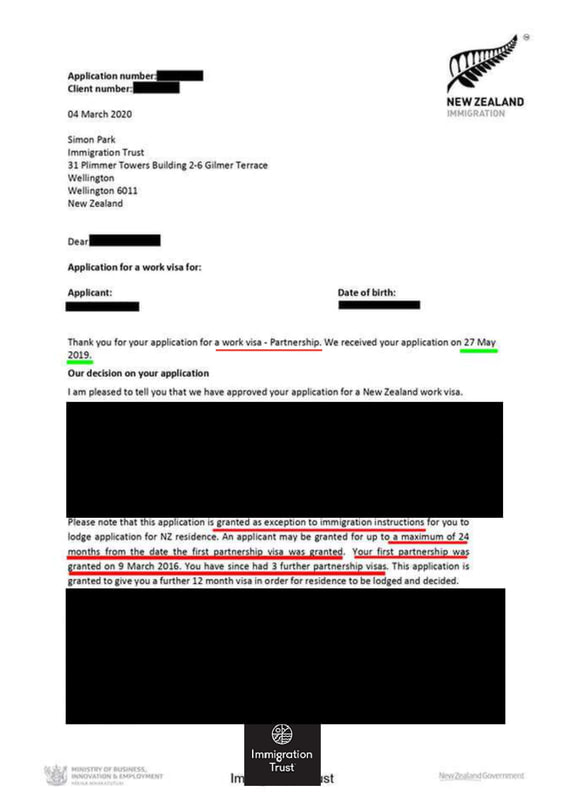 Nowadays, any partnership based visa applicants should expect to be challenged a lot.

You should expect a phone interview (at least), or have to fly to Hamilton for individual interviews where each of the partners to be interviewed and observed by two officers in separated rooms. One officer interviews and the other officer observes and records.

Simon, our CEO, was engaged, and he communicated with the case officer to ask for an extension first. He analysed the situation and guided the client what to do.  He defended the case with evidence and logic. The case officer came back with another PPI letter.

Simon asked it to be the exception and negotiated with the case officer. The work visa was granted on the last day of the client's interim visa. What a drama but with a happy ending! ​

Other Successful Cases
Are you looking for anything in particular?