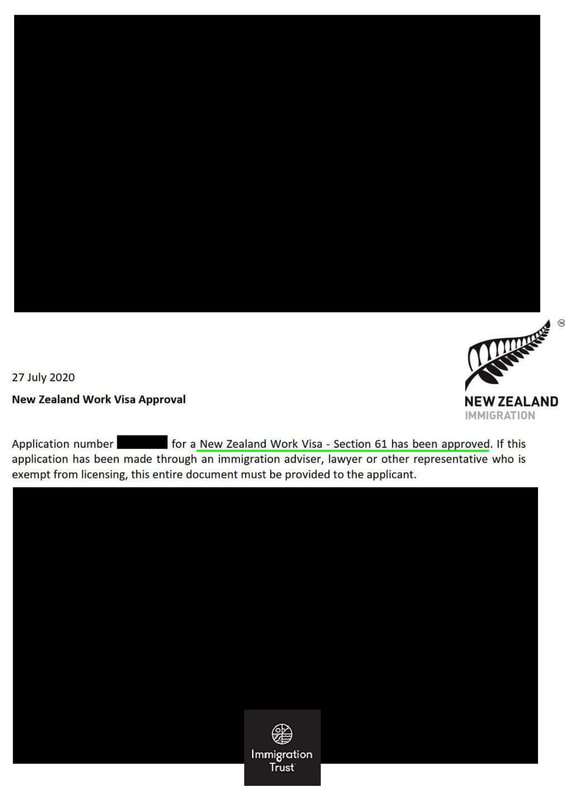 The client is from one of the island countries.  He came to New Zealand in 2014 with a visitor visa.  Then he was told that his cousins would extend his visa, but it never happened.  When he realized he became unlawful.  He has been hiding for the past six years doing odd cash jobs.  He hired a lawyer to apply for his section 61, but it took 13 months to prepare, and when it was submitted, it was declined even without consideration.

After several declines of section 61 and spending tens of thousands of dollars on his lawyers' fee, he organized a paid phone consultation with Simon, our CEO.  Simon requested to get all of his client's files from INZ.  He was able to see how the previous lawyers worked on his case, which was quite disappointing.

After analyzing the client's situation, he went to the Associate Minister of Immigration to get the ministerial intervention, which was successful.  Then he applied for section 61 work visa, and it was granted today.  Now our client is lawful and can work in New Zealand to support his family.  Our office will engage with him to apply for his next visa. ​​​
More Successful s61 Cases

Do you want to have your case assessed and consult with our immigration advisers to see whether your case would be successful or not?​
Assessment & Consultation
Are you looking for anything in particular?